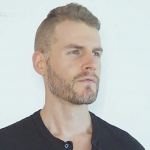 I’ve generated tens of millions of dollars from Facebook and YouTube ads over my career and what I’ve learned is that most people do things that are counterproductive and dumb, all because they don’t know how to track their ads in the right way.

As CEO of Hyros, the fastest-growing ad-tracking company in the world, these are the things I see people do all the time. They make bad decisions because they need complete or better data and don’t even know it, which costs them a ton of money and time.

To see your ad performance and attribute your ads that are doing well and making money isn’t complicated, but too many people just don’t understand how to make it work.

You need to simplify what you’re doing with your ads and your ad audiences, and you need to simplify how you’re tracking your ads. Too many people are overcomplicating their tracking and not getting the complete picture of what ads are performing and what is actually driving conversions and sales.

That’s because they either don’t understand their audience, so they create boring ads that nobody wants or cares about, in which case, you’re already in trouble. Or they rely on the typical reports from Facebook Ads and Google Analytics, which leads to incomplete or wrong data on ad performances.

The Typical Way To Track Sales From Facebook Ads

Typically, people track sales from Facebook by using the old method of building a URL, setting its parameters, defining those parameters, and generating a new URL for the ads.

Most people think that traffic, CPC, and CPM are all that matter. So they increase their ad buys on those things when they see an ad that reports doing well. It’s easy to be confused here, and you’re not alone if you think that Facebook is telling you everything you need to know.

You should focus on your Cost-Per-Lead and conversions, but only a few people think that the most recent click is the best-performing ad. However, Facebook tracks the entire journey of the person before clicking. So you need better tracking data.

Before we discuss the better way to do things, let’s talk about what most people do, which is probably what you’re doing, and it’s wrong, and I’ll explain what you should be doing instead.

What most people do is that they create a URL that will let them track their sales, as well as utilize Facebook’s parameter tracking with Facebook Ads Manager.

There are plenty of URL builders to do most of the heavy lifting for you, simply populate the fields like campaign source and anime, and the tool will create a URL for you.

Define Your Parameters With Ad, Ad Sets, And Campaign

Once you have generated a URL for your tracking, the next thing is to type in the URL destination you want to track and set Facebook as your campaign source.

Once you set your campaign source, choose whether you’ll be using CPC or CPMs as your conversion tracking metrics, and then use your Facebook Ads campaign name for your tracking campaign name. This step lets you see what conversions Facebook attributes to your ads.

Finally, set your individual campaign ad names for your Campaign Content that allows you to track your ad performances down to individual ads.

Generate A New URL For Your Ads

Once your parameters are set, you can generate a unique URL to track your Facebook ad performance.

Once created, copy and paste the URL link into your destination URL section when building your Facebook ads.

Finally, you can track your ad attribution and performance through the Facebook Ad campaign dashboard or input all that information into Google Analytics.

To use Google Analytics, go to their page, click the Acquisition tab, All Traffic, click Source/Medium, and finally, select the medium you want to see.

The problem is that Facebook only wants to track your ads that lead to Facebook, not the other way around.

If you had people going in the other direction, say an ad on YouTube that sent people to Facebook, then Facebook would attribute the ad that sent the traffic.

Let’s say you’ve been running Facebook ads for a while and see ok traffic with some conversions. You’d probably think it fantastic. So I’ll optimize those ads, making me some sales, which should get me a decent ROI.

Look, it takes people a while to convert online, so by the time a person clicks your ad to convert, they’ve probably seen your products either in different Facebook ads or from other sources that led to the Facebook ad that finally converts for you.

With all that info, they then look at Google Analytics for attribution of the sales, which is kind of dumb, if I were, to be honest.

That’s a lot of work, and most of it is a waste of time.

So your tracking is incomplete or wrong. Your attribution is one step removed from the sale but doesn’t show all of the ads and your funnels that got to the conversion.

You need better attribution than what Facebook offers. You need to get attribution from the very beginning; the only way I know to do that is through Hyros.

Now, if you were to track your Facebook ads using Google Analytics, it’s similar.

You won’t get the specific ad that started the conversion, just the most recent traffic sources that led to a conversion. It’s a lot of broad data and won’t give attribution to what ad started the sale.

The type of data you’d get won’t show how your Facebook ads perform. Instead, it would only show what ads are getting traffic, from what sources, and what keywords perform over others.

If there’s something that I’ve learned about Facebook Ads and could tell you, it is this;  It’s all limited in what they show you and what you’ll see about attribution and ad performance.

Even if you got some data that showed positive ad traffic, you’d probably make the mistake of doubling down on that type of ad source, causing you to think wrongly that you’ll see better ROI.

Again, this is wrong, so, so wrong.

What matters is conversions. It’s the ROI that matters. CPC, CPM, none of it matters, really.

Why is that? Because you could have a great CPC campaign or CPM ad and have terrible ROI. So it becomes a waste of money.

And if you focused solely on your CPC and CPM data, you may end up focusing your ad buys on that data, which, if you’re getting really poor ROI, just is dumb.

The HYROS Method To Track Sales From Facebook Ads

Instead, you want to be able to track your sales from your Facebook Ads and give proper attribution to the ads that got you the conversions. This is what I mean when I say focus on your ROI.

For most of my Facebook ads, I focus on what led to my calls so that I can double down on those ads generating sales and those leading up to people clicking the conversions.

For example, if I’m running an ad on Facebook, I want to know if people that click that link are first-timers or if they came to that ad from another source.

Unfortunately, Facebook won’t track this data, and neither will Google. So instead, they’ll pat themselves on the back about how the most recent ad and traffic sources are performing rather than show me the differences between everybody that clicked my ads.

What I need from my tracking is to get the attribution correct to increase my ad buys on the right type of ads that drive people to click my ad and get on a sales call with me.

Of course, I want to increase my ad buy, but not on ads with low CPC but low conversions. Instead, I want to focus my ad buys on those with a low CPL.

To do that, I need tracking software to follow a person from the first time they interact with my ad, not just the most recent ad click.

Once I track what ads are driving people to click the ad and convert, I can focus on spending more and scaling those Facebook ads as well.

This helps identify the actual page from which conversion or opt-in came, which lets me see more specific behaviors to optimize those ads.

The feature will let you run reports to show the results per page tag or restrict certain pages from your reports so that you can compare the pages and see if some are performing better than others.

All this tracking lets you see what ads are performing and where the clicks are originating from and feed that data back into Facebook to better optimize your ads without spending a bunch of money on ads that aren’t performing.

That said, by getting better data, you can scale more effectively, increasing your ROI. You won’t waste time by increasing ad buy on ads that aren’t working and killing ads that may work better than the look with limited or flawed insights.

If you want to track your sales better and you want to scale your ads for the best ROI, check out Hyros. Go to our website and cruise around. You’ll see some big-time names that have gotten serious sales results, all by tracking better through Hyros.

And if you’re interested in learning more about Facebook ads tracking and sales tracking, check out our Facebook mastermind group. There’s over 50 million in ad buy right there. It’s the best mastermind around, so check that out.

Also, I don’t do courses but subscribe to my YouTube channel, where I thoroughly review the ins and outs of tracking. It’s almost like a free course in ad tracking for Facebook and YouTube, so subscribe and get daily updates.
That’s it. This is Alex Becker, CEO of Hyros. If you want better sales tracking from your Facebook Ads, check out Hyros. It’s built to follow your ads so you can see better ROI.

If you are interested in obtaining the same stats I showed in this video and even having us help you set this up, GO HERE to get more information on HYROS.

While I do not sell courses, I do offer a private coaching program where I train people on the ad strategies I have used to build multiple 8 figure and 7 figures businesses. You can get more details on that HERE.

It’s really simple. This group is the best media buyer Facebook group online because we make sure that every member is spending significant ad spend before joining. It’s for veteran ad buyers only and because of that the networking/information being shared is on another level. You can apply to join HERE

Here Are Our FULL Zero To Scaled Ad Courses (Free)

My Top 3 Highest Converting Youtube Ads Of All Time

How I Scaled To 8 Figures On Youtube With BROAD Keywords

SAVE MONEY. GROW FASTER. Apply print tracking to your
business with HYROS